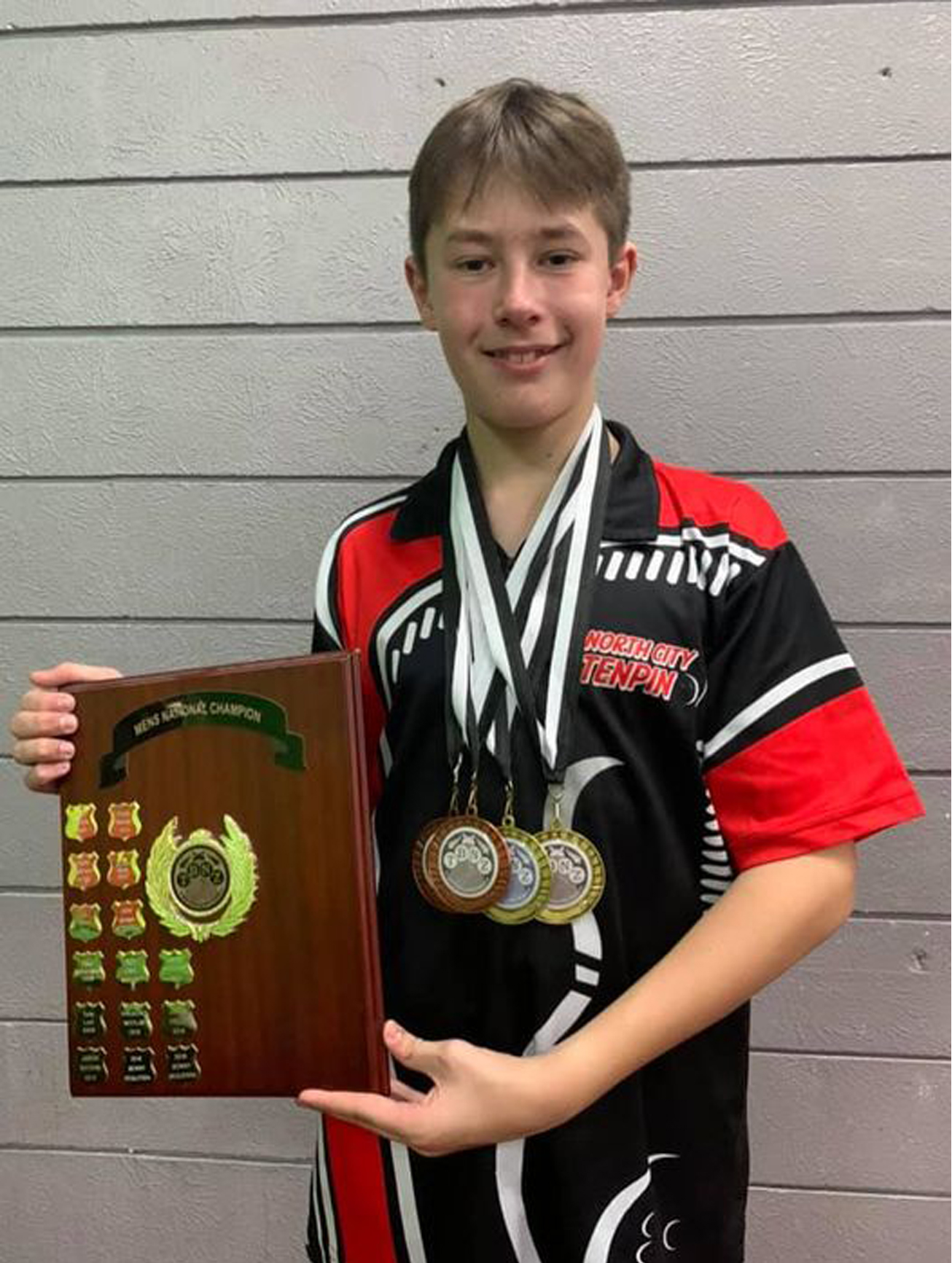 Congratulations to Ben Pettit who has taken out the New Zealand Tenpin Bowling Adults Title at the youngest ever age of 13. It is unlikely this record will ever be beaten.

Ben had 5 hours of finals bowling where he played 15 games of bowling back to back.

He managed to beat several previous National champions that he has looked up to since the age of 3.

Ben has also been selected for the Under 21 New Zealand Tenpin Bowling team to take on Australia in Hobart during the July school holidays.

As Ben is only 13 years old, he is the youngest ever to make the NZ Under 21 team.

Given his age Ben will also enter the individual Australian Nationals U14, U18 and U21 competitions before the New Zealand U21 team take on each of the Australian State teams.